No items found.
Time to get shopping!
Uh oh! It looks like the product isn't available in this quantity. Make some adjustments and try again. 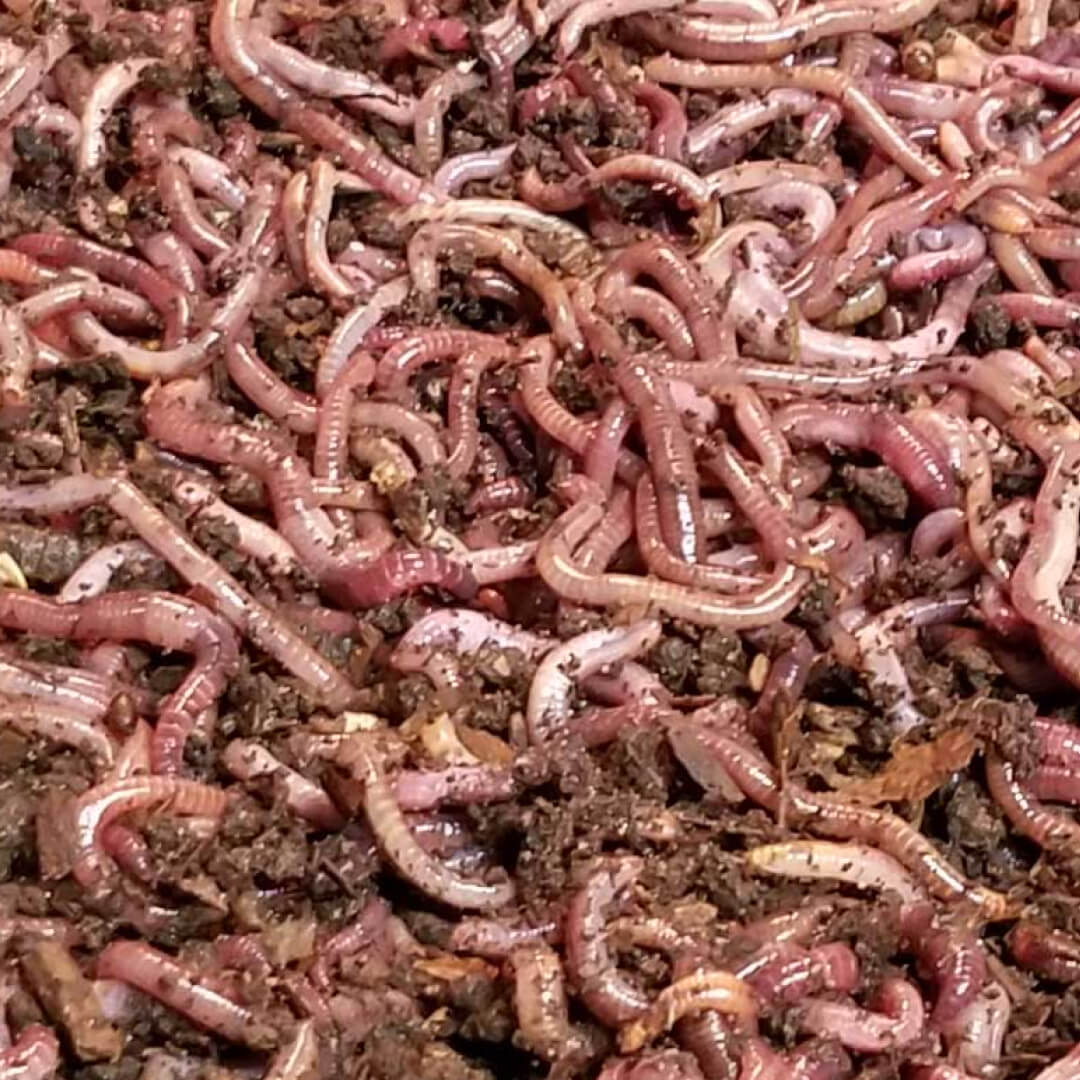 Mix 1 is Red Wigglers (Eisenia fetida) and Red European Night Crawlers (Eisenia hortensis, mix 2 is Red European Night Crawlers (Eisenia hortensis) and Indian blues (Perionyx excavatus), these are the same worms we use to make our Premium Worm Castings. To maintain the health and quality of the worms we deliver locally, or you may pick up with an appointment, we need time to pull the worms from their beds and weigh them. Please note we currently do not ship as we cannot control the health and quality of our worms once they leave us.

Safe for the Environment

Uh oh! It looks like this product is showing as "out of stock." Please reach out to us so we can confirm this.
Product is not available in this quantity.

This product is only available for local delivery in Orlando, FL. If you live in Central Floria, add this to your cart and you will be given directions at checkout.

Local Delivery or Pickup with appointment only

What’s the difference between Red Wigglers, Euros and Blues

Eiseniafetida (Also known as the red worm, red wiggler, manure worm, tiger worm,brandling worm) This is the most common variety sold and used for homevermicomposting. While it can be (and is) used for fishing, often bait dealers(and fishermen) prefer its larger cousin…

Thisvariety can be used for worm composting as well, but as mentioned due to itslarger size it is often raised for use as a bait (or feeder) worm.

To answerthe question about co-habitation, both E. fetida and E. hortensis or E. hortensis and Perionyxexcavatus  can easily occupy the same worm bed, in fact they can makealmost ideal companions since the former tends to live very close to thesurface while the latter tends to prefer the increased moisture levels in thelower regions.

Red wigglers are reddish-brown in color, have small ringsaround their body and have a yellowish tail.[3] They have groups of bristles (called setae) on

The European nightcrawler (Eiseniahortensis or Dendrobaena veneta) is a medium-small earthworm averagingabout 1.5 g when fully grown. Generally blueish, pink-grey (cf. Latin veneta meaning"sea-blue") in color with a banded or striped appearance, the tips oftheir tails are often cream or pale yellow. When the species has not beenfeeding, it is pale pink. The species is usually found in deep woodland litterand garden soils that are rich in organic matter inEuropean countries. E. hortensis is sold primarily as a baitworm, but its popularity as a composting worm is increasing.[1]

Perionyx excavatus is a commerciallyproduced earthworm. Popular names for thisspecies include composting worms, blues, or Indianblues. This species is marketed for its ability to create fine wormcastings quickly. It has recently become more popular in North America for composting purposes.

This species belongs to the genus Perionyx. It may have its origins in the Himalayan mountains. This species is suited for vermicomposting in tropical and subtropical regions.[1]